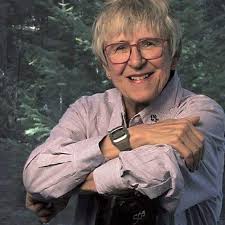 Growing up in Pittsburgh, Pennsylvania, Busch has resided in Northern California for the past 30 years. She was 40 years old when she first learned that an estimated 120,000 Americans of Japanese ancestry, most of whom lived near the Pacific coast, were forced into American concentration camps in the wake of the attack on Pearl Harbor.

“I was horrified when realizing this had actually had taken place, here, in the United States.” Since this was never brought up in schools, or noted in any textbooks during her education, Busch knew this had been a well-kept secret in our country’s history. She vowed to someday work to increase awareness about this shocking, racially motivated internment of innocent Japanese Americans and their families. With ignorance of the past, she thought, comes the risk of repeating dangerous missteps in the future. This series, supported by the California Museum, has been her passion for the past seven years.

This seven-part series was designed as thought provoking educational material for classroom or small group discussion. The goal of this series is to inspire people to become informed and politically involved in decision making that effects our communities and our country. The series offers an opportunity for discussion between Americans with differing views.

We The People Series Awards